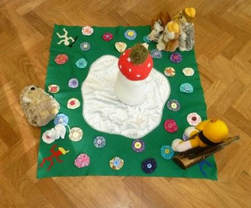 :Last year we were approached by East Bridgford Brownies who asked us to update their well loved but tired mat which forms part of their weekly meeting and when the girls do their promise.  So over a period of weeks a number of us went on a trip down memory lane and duly turned up to Brownies and helped the girls to decorate yellow trefoils with a mixture of beads and sequins.  We all had great fun doing this.  Then we transferred the trefoils onto some sturdy green felt which we embellished with a shiny pond with some embroidered fish and a lady frog which is sitting next to the pond.  We managed to get all the current Brownie badges and sewed them around all the beautiful hand made trefoils. The old mat looked quite small in the big hall the brownies use so with Scoops (Brown Owl to us oldies) approval we put a green border around the felt to make the mat larger.  We quilted the green fabric and backed it all to hide all the stitching on the back.  The mat was finished with green bias tape. 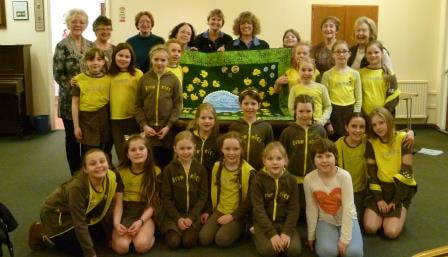 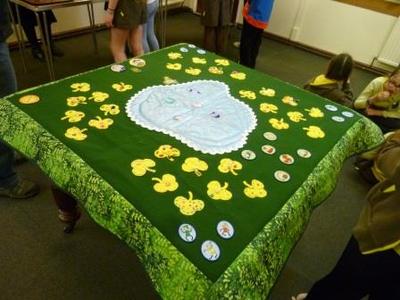 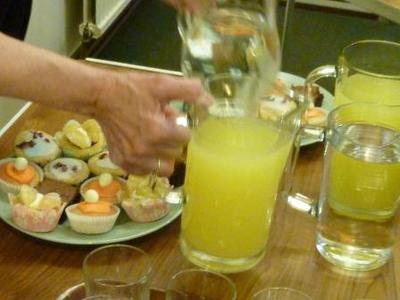 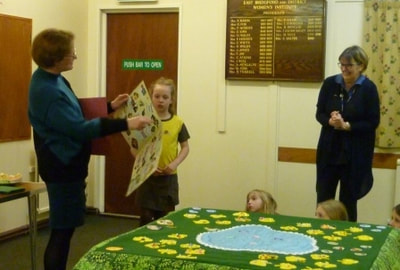 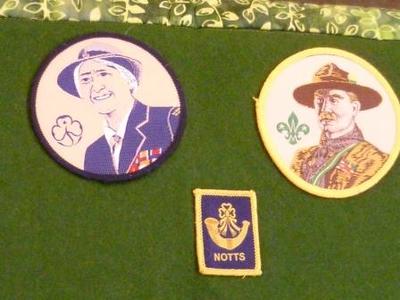 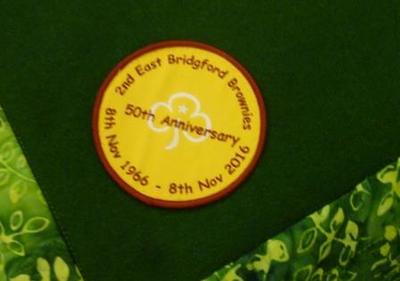 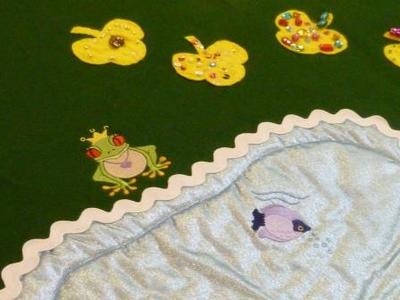 At our recent meeting one of our newer members Beryl Lott joined us for her first craft session and she bought along a stunning piece of stitch work to show us.
The Rhinocerus embroidery is based on a woodcut dated 1515 by Albrecht Durer who is well known for his woodcuts of different animals. His work was based on the travelling exhibition of the first rhinocerus to be seen in Europe, as such it is not anatomically correct but my design is a reinterpretation of his woodcut.  Beryl did this work three years ago for the RSN Certificate and Diploma Course as the blackwork module. It has already been exhibited at Cumberland Lodge in Windsor Park and is due to be displayed by the Royal School of Needlework at Hampton Court in an 'Exhibition of Animals' from May to September this year. 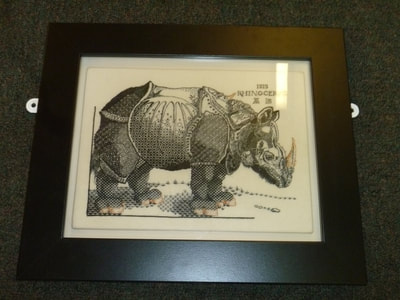 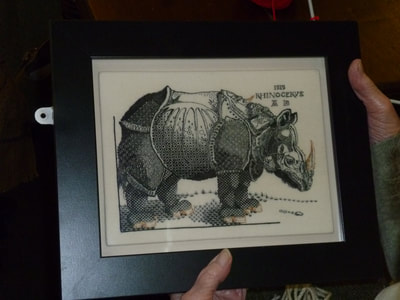 Below are a selection of projects being worked on at our meeting held on the 25th January 2018.

From the left we have Cross Stitch, Rag Rug making and Knitting. 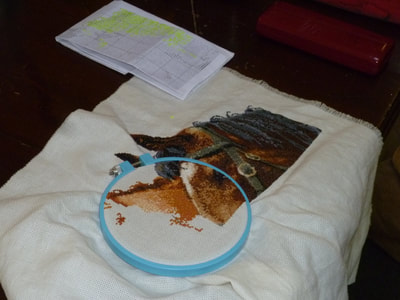 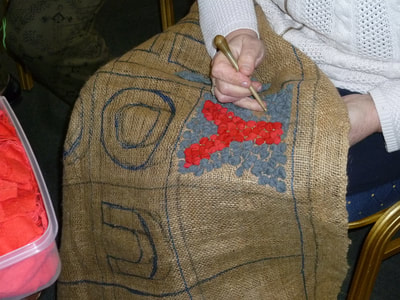 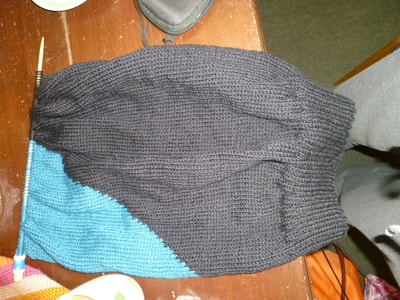 In December 2017 the craft club participated in the East Bridgford Christmas Tree Festival it was a lot of hard work but good fun and the end result was much admired. 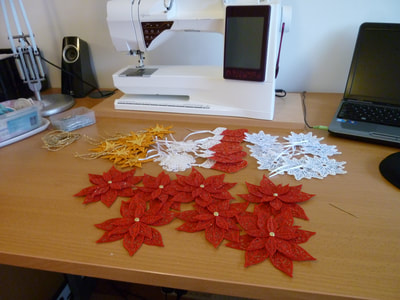 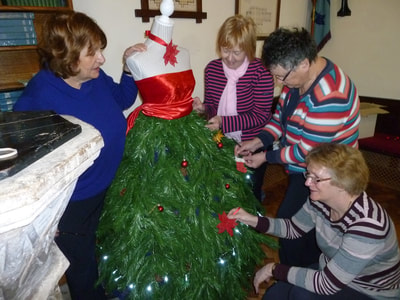 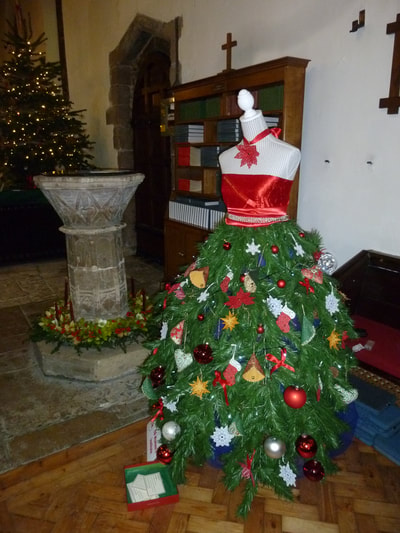